Earnings from Offer Walls - Offer Walls provide a way for Titan Adminstrator and his website's users to earn money. There are four ways to setup commissions:

This option enables you to set a reward percentage the member gets for completing the task. It is used mainly when provider website does not provide a way to to specify user's Reward Percentage. Default value is 100% (no administrator commission).

After completing an action, the user will receive Reward - Reward * Commision. In case further commissions are set, the reward will be used for further calculations. 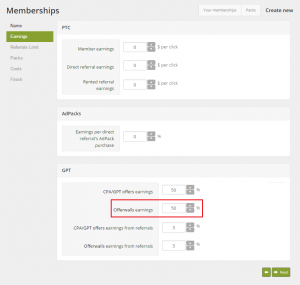 Some providers, like ClixWall and MinuteStaff, make it possible to specify user's Reward Percentage when users complete a task. This way, both Titan Adminstrator and the user will be credited for this user's action.

After completing an action, the user will receive Reward - Reward * Commision and the rest will be paid to the Publisher.

All previous commission types can be set at the same time. This will result in user's earnings being further lowered.

(Points are integers, therefore all decimal places get truncated) 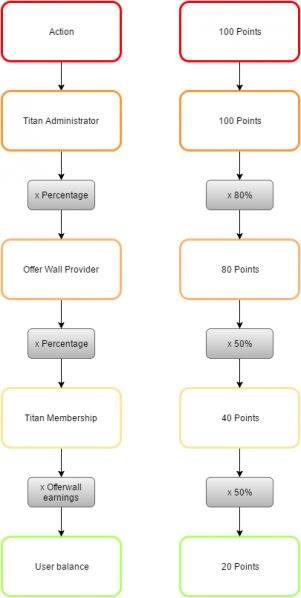